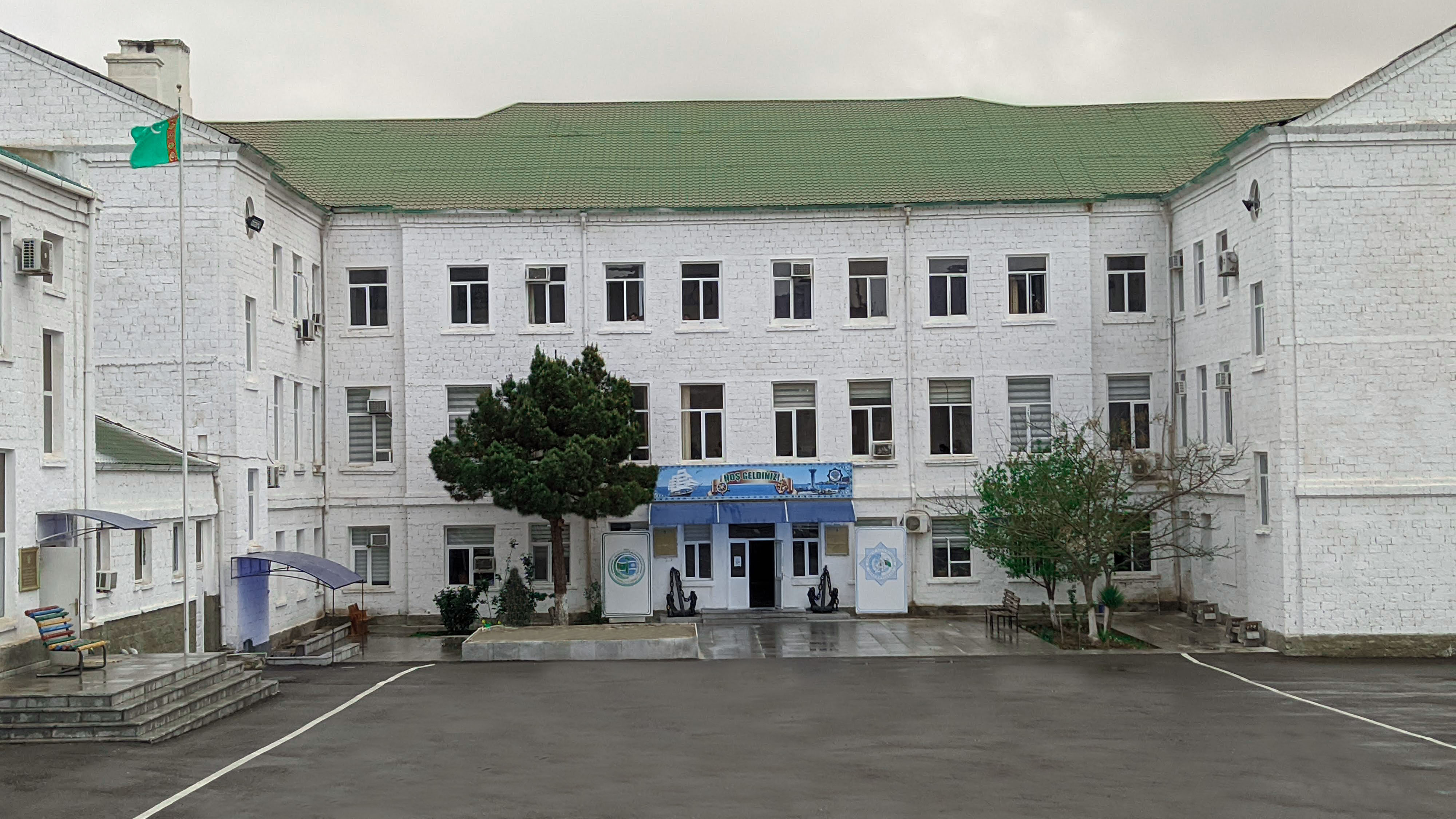 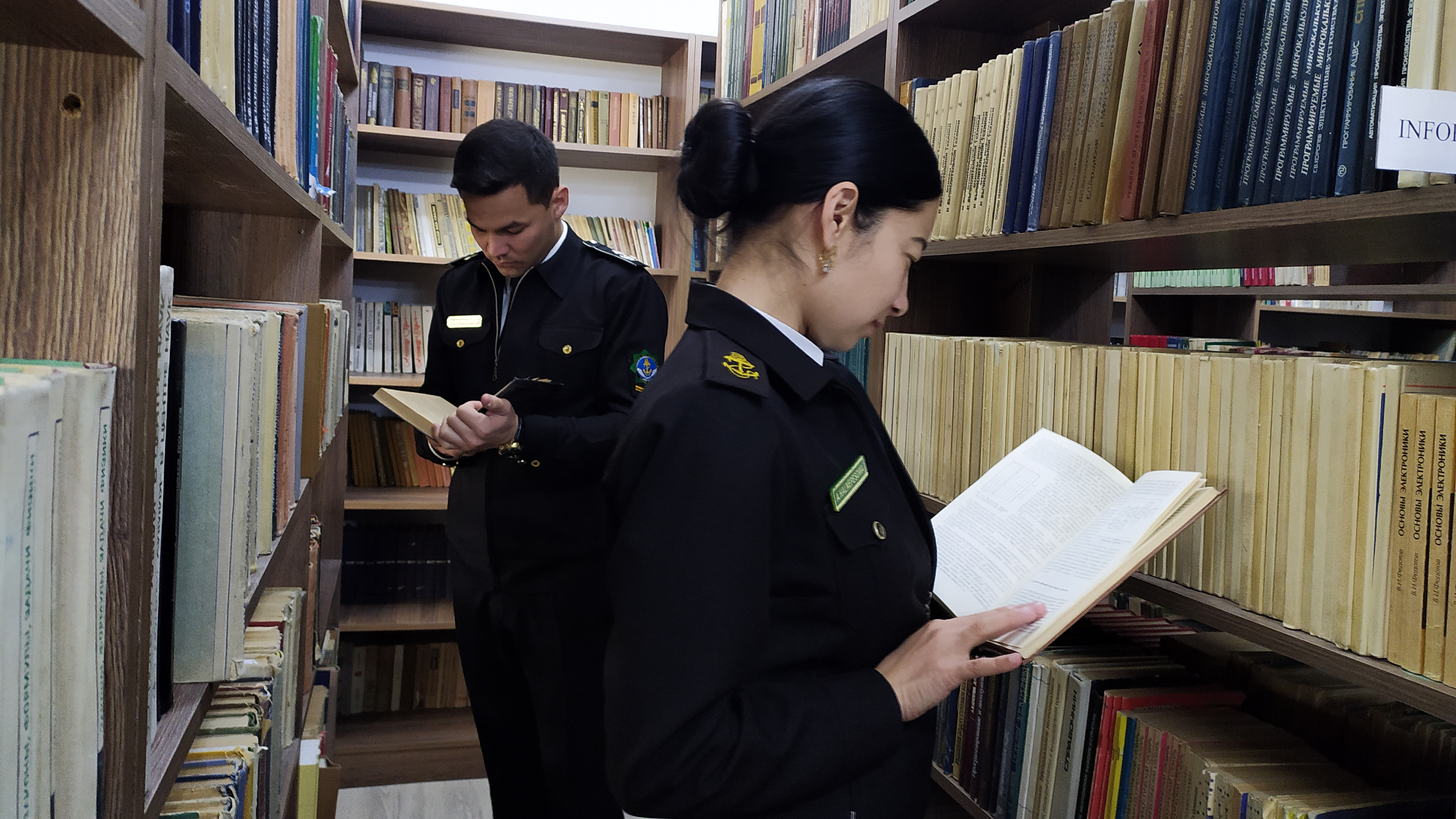 Citizens of Turkmenistan who have secondary school education are accepted to Marine Secondary School by the results of competitive examination. The study peiod is 10 months and paid

About the marine secondary vocational school

Marine secondary vocational school is a state institution. It subordinates to the Turkmen Agency for “Türkmendeňizderýaýollary”. The school operates on the self-supporting basis.

Under the auspices of the Turkmen Agency “Türkmendeňizderýaýollary” specialists are trained in related and other fields of national economy at the marine secondary Vocational School. 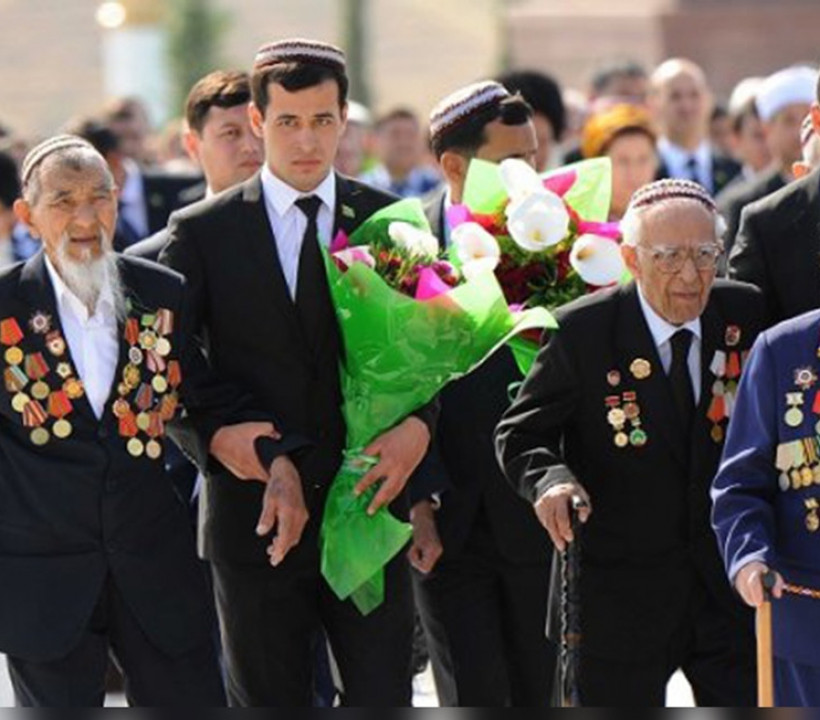 Celebrate Victory Day in our country on May 9, 1941, during the Great Patriotic War of 1941-1945. It's raining. This year marks the 77th anniversary of the victory in the Great Patriotic War. In Turkmenistan, to the veterans of this war, to the wives of the soldiers who died in the war. In fact, it is worse then worthless, it consumes time and resources but returns no sales. Celebrate their health and make their living conditions better. is also done on the fly.At that time, the Turkmens who had been involved in the war had endured severe trials and had contributed greatly to the victory. Those who worked in the rear also showed a lack of courage. The women of those difficult years dedicated their jewelry to victory.During the years of World War II, 7392 kilograms of gold and silver were donated to the Turkmens' Defense Fund. They handed over their jewelry and showed off a high-quality example of patriotism. he deserves to be celebrated with pride.On May 9, each year, on behalf of the President of Turkmenistan, ceremonial gifts and wreaths of spring flowers are presented to war veterans and their comrades-in-arms.The bravery of the people during the difficult years of the war will never be forgotten. Years pass, but the memory of the heroism, the heroism, of the true heavens, who have laid down their lives for the sake of a peaceful sky, a peaceful life, is forever etched in the hearts of generations.The heroic path of our brave fathers is a school of patriotism, loyalty to the beloved land and service to the sacred Motherland.       The names of those who died on the battlefields are included in the "Memory" and the names of the Turkmen soldiers who returned with the Victory are included in the book "Glory".
Commemoration of our heroes who died in the Great Patriotic War of 1941-1945, one of the most difficult battles in the history of mankind, is held on May 9 every year at the Monument to the People.Bouquets of flowers are placed on the monuments as a symbol of deep respect for the heroes.This is very important in educating the younger generation in the spirit of the heroism of our brave ancestors.Eternal glory to those who fought on the battlefields and to the rear during the Great Patriotic War of 1941-1945!      We bow to their loyalty, bravery and courage, their service to our happy life and our bright future. 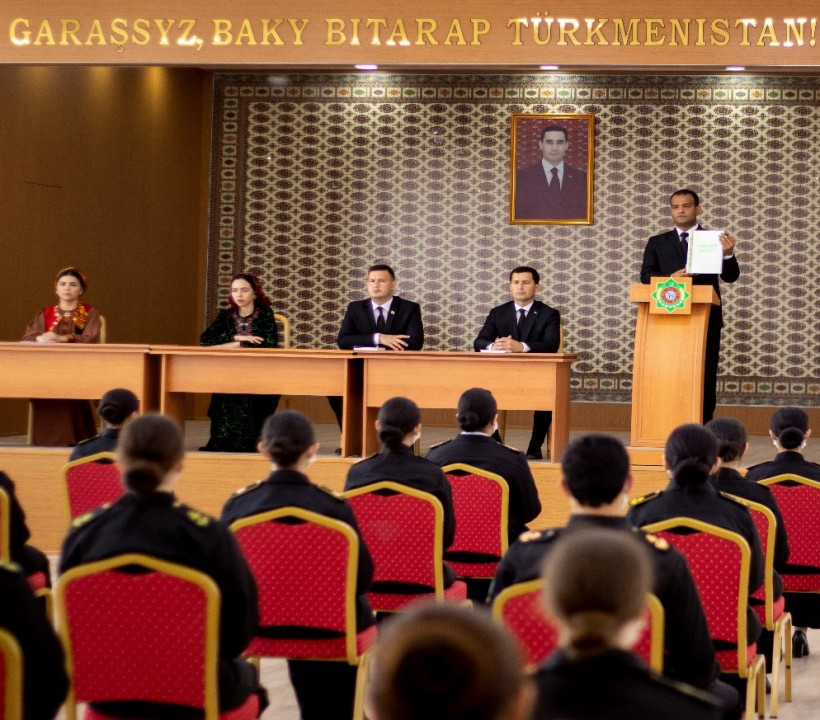 At the Marine Secondary Professional School Our Esteemed Arkadag «The Meaning of My Life» the presentation of the book was held. The meeting was attended by guests of MYO of the Turkmenbashi City Council of the Balkan Province, teachers of the school and other guests, who discussed in detail the content of the new work of Our Esteemed Arkadag and its importance in educating young people in the spirit of patriotism.

In the epoch of the Revival of the New Era of the Powerful State our people are witnessing proud events related to the development of our country. The great deeds of Our Esteemed President in-Chief are aimed at the benefit of our people and the happiness of future generations. On such a wonderful day, Our Esteemed Arkadag presented our people with a book called “The Meaning of My Life”. This literary-philosophical work, deeply rooted in wisdom, has made every reader proud. The book "The Meaning of My Life" by Our Esteemed Arkadag is a description of the work and thoughts of a great life.

On April 29, Marine Secondary Professional School , a campaign entitled "My Health and Wealth" was held.

The goal of the fundamental reforms carried out in my homeland is to further modernize the country, preserve the well-being of the country and ensure the spiritual improvement of the people. When we look at the pages of history, we clearly see that our ancestors created developed cultures, made a great contribution to the development of world culture and knew how to live creatively. Our current generation, on the other hand, develops it further and forms the perfect culture of the Prosperous period of our Sovereign State. 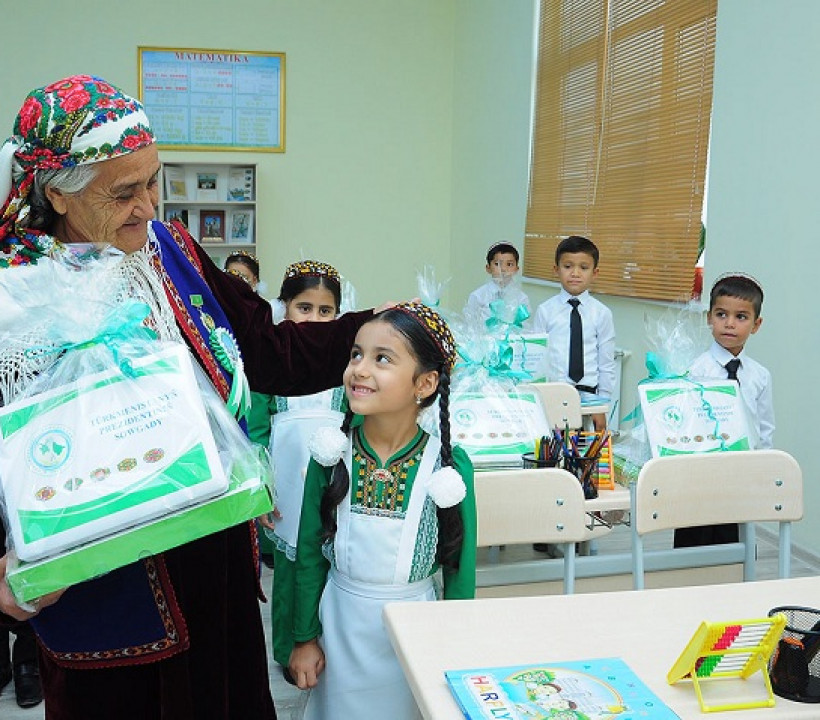 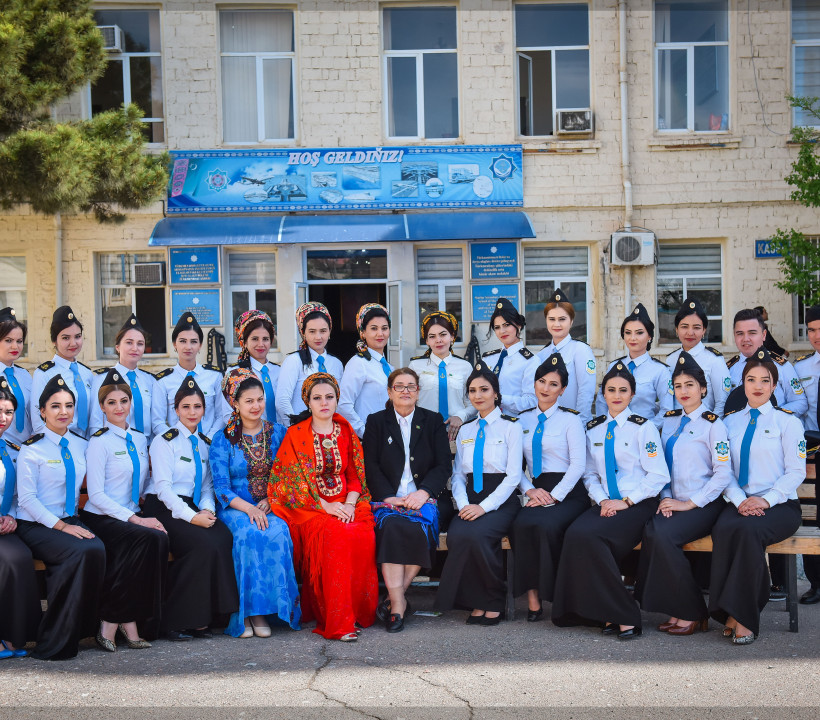 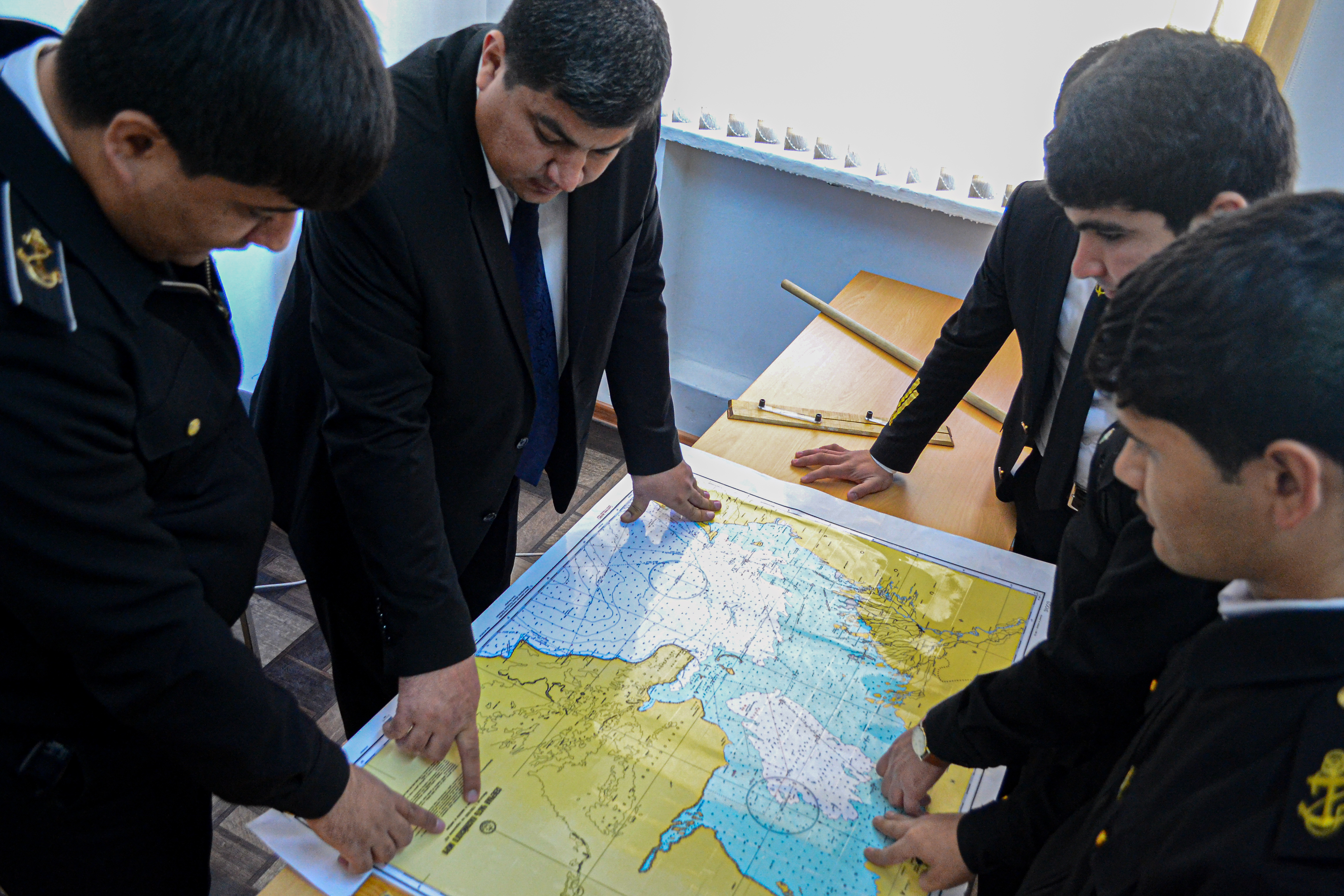 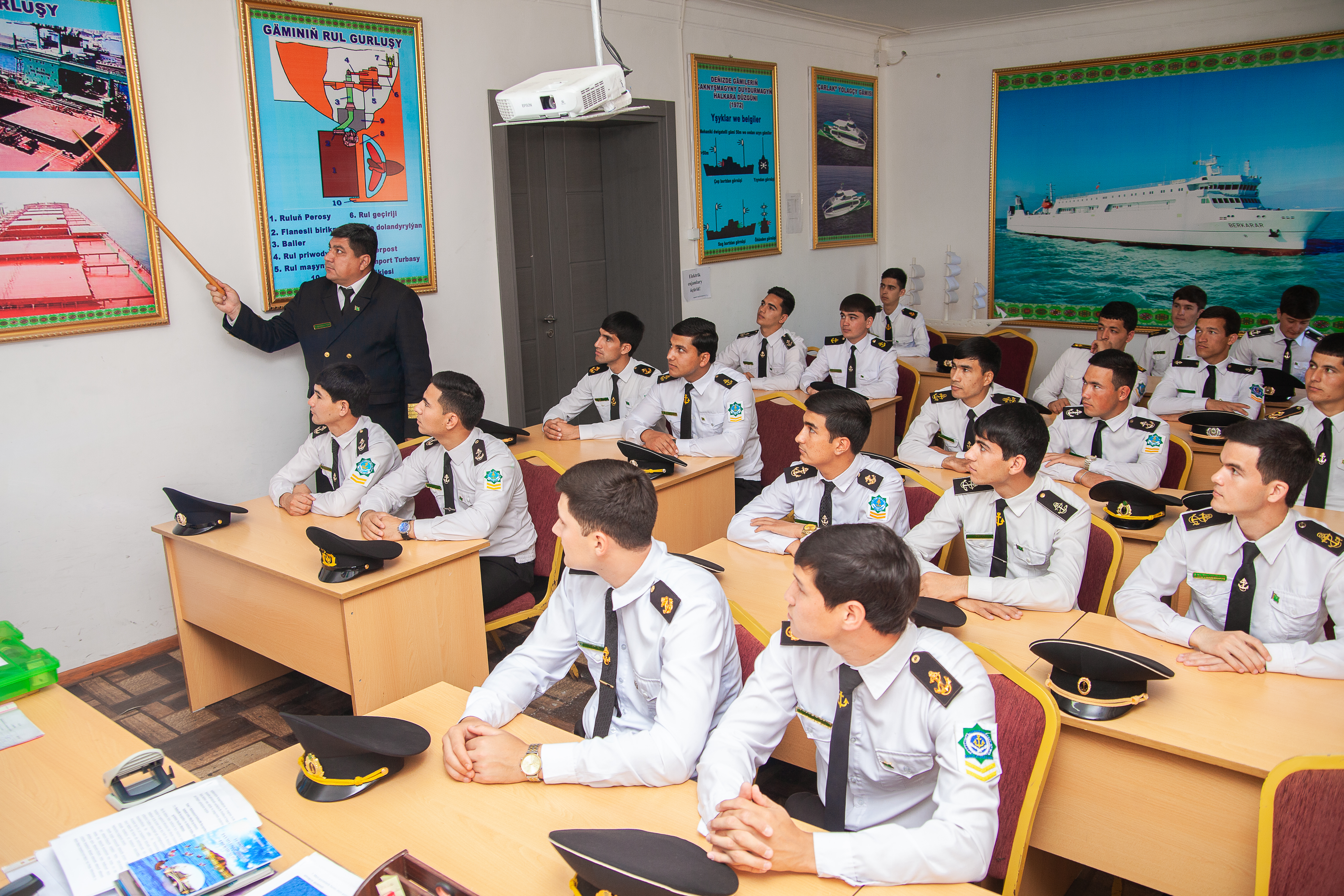 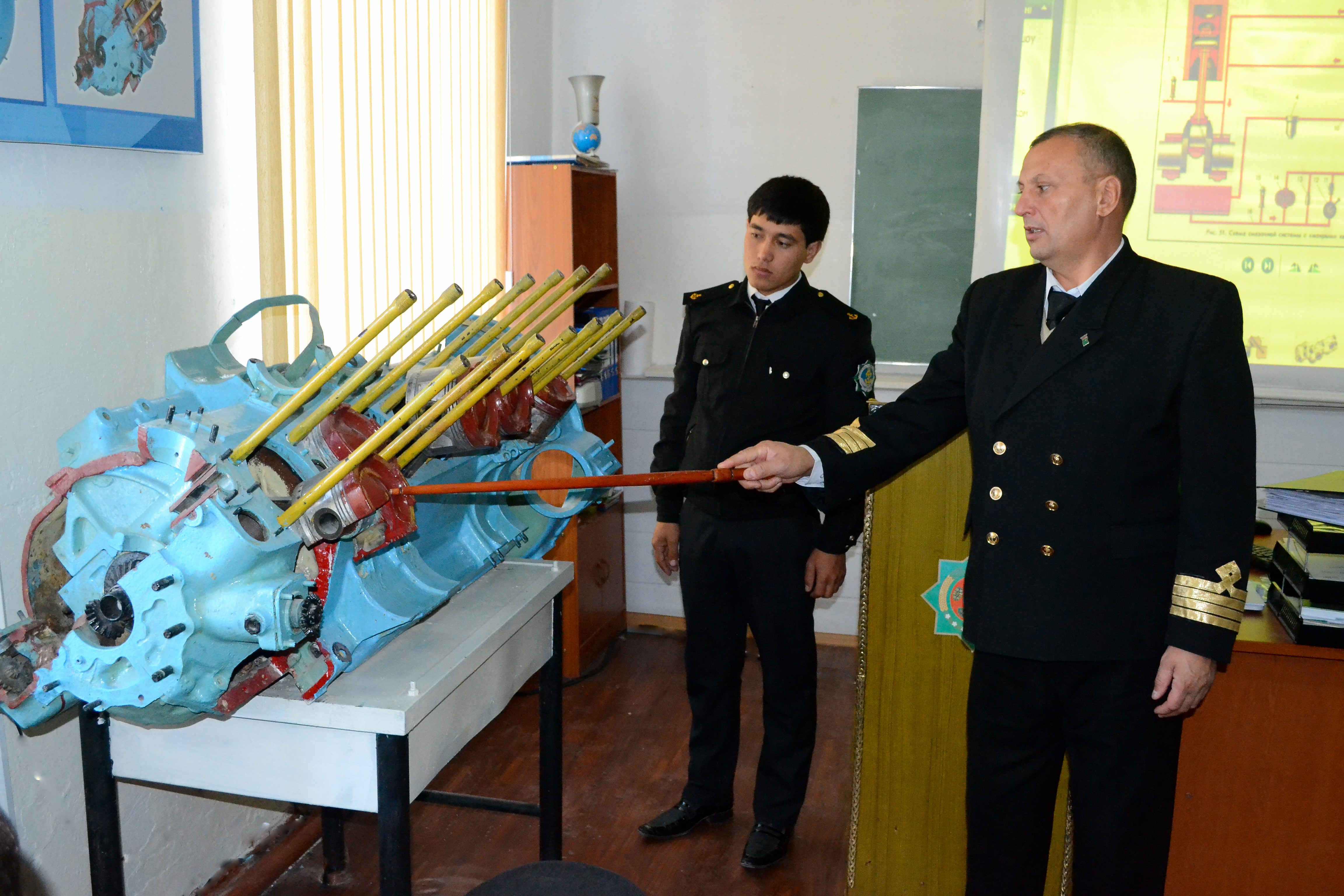 YOUNG Sailors - IN THE EXHIBITION COMPETITION

The phrase "Where there is a sea, there is trade and commerce" has been popular among the peoples of the world for millennia. The Turkmenbashi International Seaport is located at the crossroads of Europe-Asia and Asia-Europe shipping routes and is one of the most convenient logistics centers in the region as it is the "Sea Gate" of Central Asia.Agency of “Türkmendeňizderýaýollary” at the Marine Secondary Professional schoolthe Open Doors Day was held on May 7 this year to introduce young people wishing to enroll in the 2022-2023 academic year to the school.On this occasion, a competition called "Craft Love" was held among all the professions of the school. 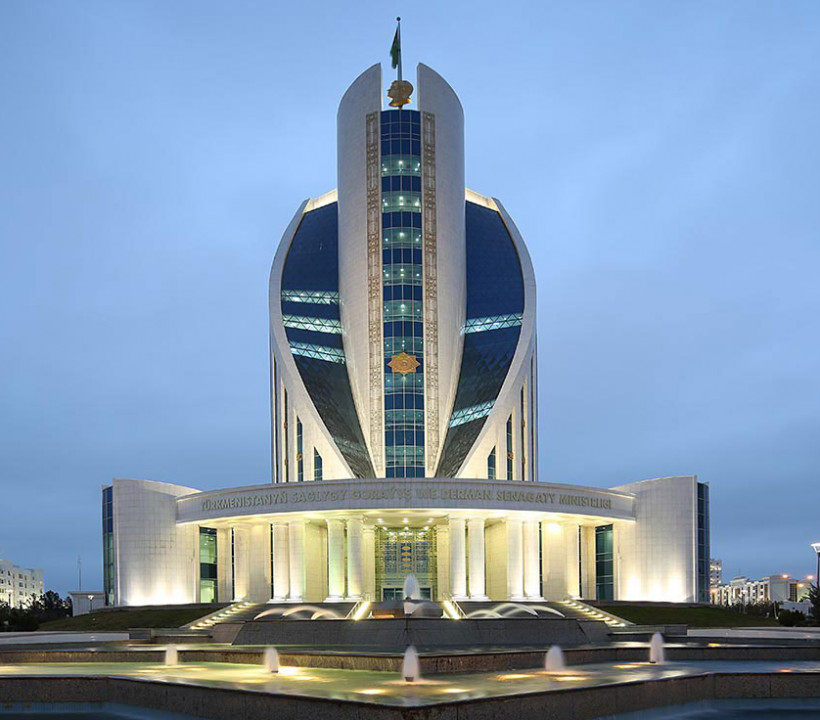 The core of human life

Creating all the conditions for a healthy and happy life for our people is a priority of the state policy of our esteemed President. The importance of sports and physical education is also very important in health care and strengthening. That is why all the conditions are created for the development of the healthcare and sports systems of our country.Health is the core of a person's life. Since the inception of the human race, the principles of health and well-being have always been in the spotlight. That is why the Turkmen people have always taken the issue of reproductive health very seriously. This is a clear testament to the traditions inherited from our forefathers, who have perfected their healthy lifestyles, which have their roots in the depths of antiquity. From the mother's womb to the onset of guilty feelings about having the affair, in the first place, further zaps whatever energy the partner having the affair might still have left. The Prophet Muhammad (peace and blessings of Allaah be upon him) said: Your children will benefit from this. " 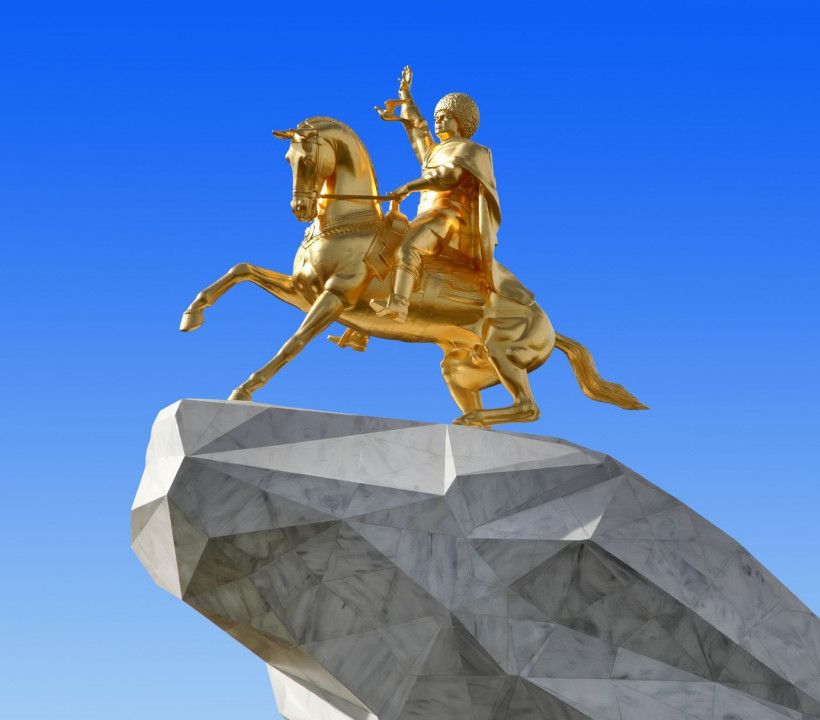